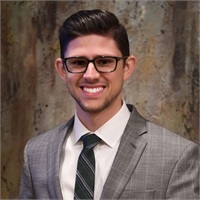 Adam was raised in Lowndes county and won the state championship in piano performance his senior year of high school. He placed third in the state of Florida for junior cyclists in the individual time trial. He did his undergraduate studies on the West Coast, receiving his B.A. in Biblical Studies in 2013 from The Master's University in Los Angeles. He is on temporary leave from his M.A. in Theology from The Southern Baptist Theological Seminary.

He began his career with The Kerrigan Group as the Marketing Intern in the Spring of 2016. A few months later he joined the team full-time, and by January of 2017, he became fully licensed as a Financial Advisor. He is an active member of The Rotary Club of Valdosta, the Chamber of Commerce, and is on staff at First Baptist Church Valdosta as collegiate minister. He is an alumni of Leadership Lowndes (class of 2019) and a weekly columnist for the Valdosta Daily Times business section, which is cross-published on The Kerrigan Group’s blog.

His passion is to partner with clients to promote the financial flourishing of the families and communities the Kerrigan Group serves, primarily through trusting, generational relationships built on The Live Oak process.

Adam married his wife, Faith, in June of 2018, and in his downtime he enjoys traveling with Faith, riding their motorcycles, working on their 1940s home, reading, writing, golfing, hunting, and playing the piano. He still performs classical piano concerts occasionally, and they are annual supporters of the Valdosta Symphony Orchestra.