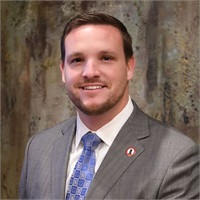 Dan began his career as a financial advisor in 2001. In April of 2015, Dan began Kerrigan Capital and Risk Management as an independent financial planning firm focused on exceeding their clients’ expectations through education, consistent communication, and superior service. Dan completed his Certified Financial Planner certification in 2014 in an effort to better serve the financial planning, wealth management, investment advisory, risk management, and estate planning needs of their clients. Dan received his B.B.A. in Marketing from Valdosta State University in 2000 where he met his wife Melanie. Dan and Melanie were married two years later and are the proud parents of their three children, Daniel, Annabelle, and Matthew. Dan is a member of Covenant Baptist Church, Past President of The Azalea City Kiwanis Club, Past President of Valdosta Habitat for Humanity, and a 2006 graduate of Leadership Lowndes. Dan enjoys spending time with his family and coaching baseball.