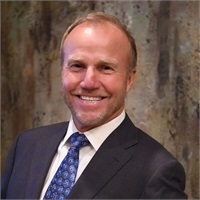 After graduating from Valdosta State University Steve started his professional career in 1982 with BellSouth Advertising and Publishing and was promoted into management in 1985.  In 1986, Steve made a career change and entered the Telecommunications Industry as a National Accounts Manager.  From 1986 until 2002, Steve served as National Accounts Manager with Ascend Communications, Nortel Networks, Newbridge Networks, General Bandwidth and Polycom.

In 2002, Steve joined Strategic Wealth Group to work with individuals and business professionals on their business and financial planning.

In 2006 Steve joined Principal Financial Group as an Investment Adviser Representative working with individuals, business owners and medical professionals. Steve was recently awarded a patent on an invention he developed for beach umbrellas and is founder and CEO of Intellivent Solutions.

In 2018 Steve joined the Kerrigan Group as an Investment Adviser Representative and continues in that role today.

Steve has been married to his bride, Debby, for nearly 29 years, and they have three boys: Austin, Cole and Jacob.  He enjoys golf, waterskiing, snowskiiing and frequent trips to Amelia Island.